The school is working well, and the children are learning and preparing for the grade 7 final exams this November.  A total of 25 pupils at the school will sit the exams and all have found learning using the new computers makes it more interesting.

The school now has running water and flushing toilets – the new toilets have been built behind the old pit-latrines.  They have also bought a new electric stove for the girls cookery class, for learning to bake and cook.  However, we hear that the whole of Zambia is short of electricity – the water levels are low in the dams – and everyone has a power cut of several hours each day.

The school garden has come on well after the rains with lots of vegetables – tomatoes, onions, spinach, courgettes and rape as usual, meaning there is plenty to eat and sell.   They have installed another 5,000ltr water tank for use in the garden in the dry season. 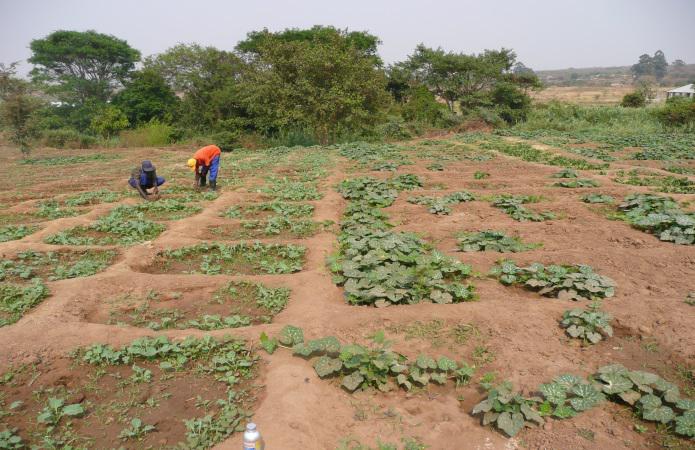 How the garden looked in October 2013

Sport plays a big part in the school day and recently there have been two inter-school football tournaments.  The girls team participated in the event with the theme ‘Promoting Girls Health Through Universal Access to HIV Testing and Counselling’, and the boys teams played in the tournament on the National Voluntary HIV Counselling and Testing Day, where the First Lady (the President’s wife) was there to kick off the tournament!    They all enjoyed their games.