We have received first hand news of the Project because our granddaughter, Sophie, (a student at York University) visited in August/September and this is some of the points she made in her report on her visit to the school.  The general appearance of the whole site was tidy and well maintained and despite the additional buildings and alterations, there is still room for the children to play games.  As it was the school holidays not many of the children were present.

However the headmistress, Rachael and two of the other teachers were there and were able to give an update of all that has happened recently.    The photograph shows them outside the two new houses for the caretakers which had just been finished.  The caretakers are ex-pupils who had previously graduated from the school.   Each house consists of two rooms. 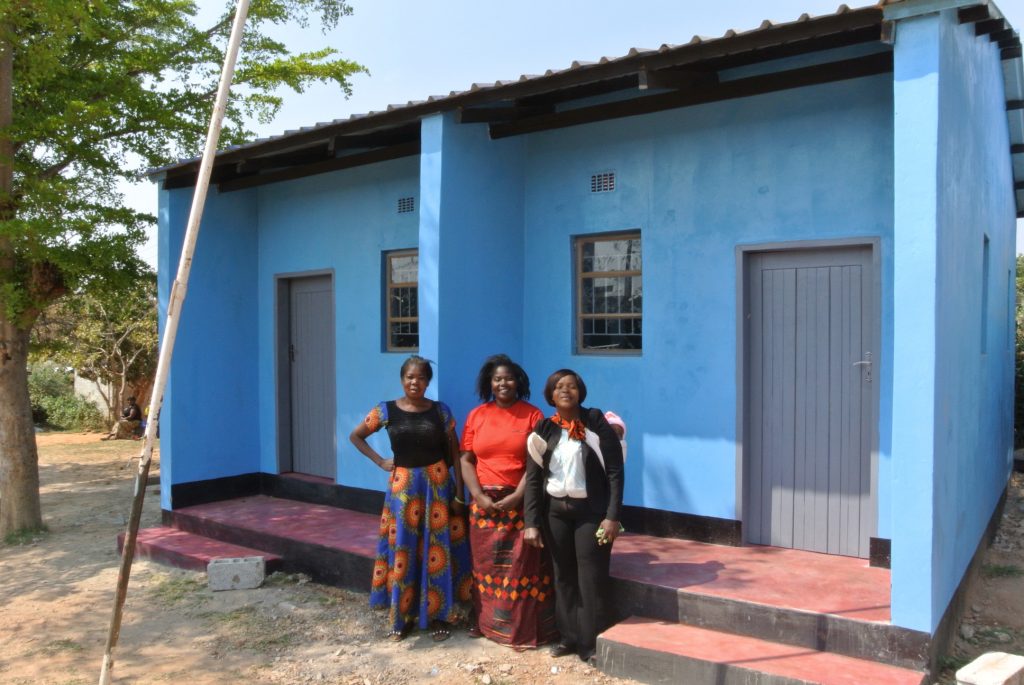 There was one class of older pupils working in one of the schoolrooms.   They were using the tablets which includes the Zambian school curriculum, which we supplied a few years ago.   These pupils are getting ready to take their final exams at the school and were glad of the opportunity to study in the holidays. 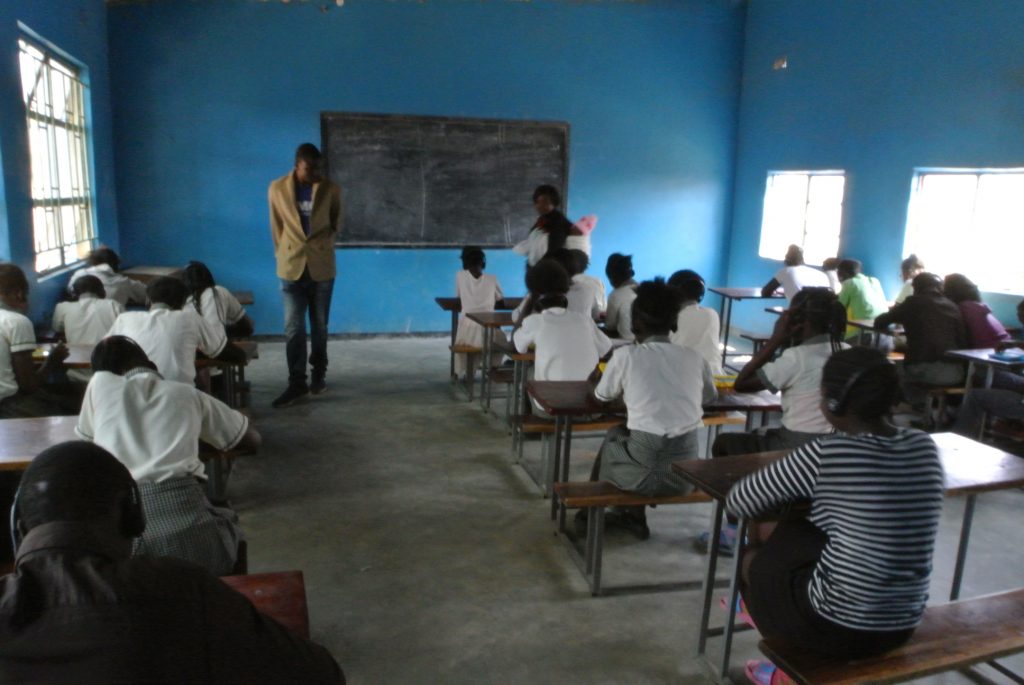 This year we have paid for extra windows to be fitted to the main classrooms for more light and ventilation.  A room which had previously been an office/store room has been converted into a lockable storage room for exam papers so that in future the school can host exams on the school premises without having to travel long distances to other schools.

At the entrance to the school grounds is the long open building currently used for women’s sewing classes, meetings, visiting health visitors for vaccinations, talks on hygiene, etc.   It is also used if the weather prevents the children from playing outside.  As you can see this has been recently painted.

Sophie took with her a bag of knitting needles and wool, crochet cotton and hooks, cross stitch kits and material, scissors, beads, etc. so that the women who come for classes could take some of these items and work on them at home.   They are always grateful for what we are able to send.

This year we have sent extra money for updating the school site, repairs, painting, new windows, etc., as well as the £3,000 per month to pay the eight teachers, electricity bills and all the educational supplies needed for the school.

We are much encouraged with the news of all the developments at the school and I would like to thank you all for your continued interest and financial support.