Now that the rains have virtually stopped in Zambia work is continuing at the school with improvements to the buildings.  An electric pump has been fitted to the existing bore hole, a water tank erected, and a standpipe with a tap.  Also work on the new toilet block is in progress.  How fortunate we are that we have mains water available!

We are continuing to send £2,500 per month to pay the school teachers, upkeep and food for Jeannie’s home, and I am often asked how we manage to do this.  Money comes in from various sources.  Many young people who have visited the school and stayed with Jeannie, regularly keep in touch and are keen to help as well as churches and other organisations.  A few examples are :

We have received the following update from Tom:

‘About 3 weeks ago we took all Jeannie’s kids to run in something called ‘The Ultra Marathon’, organised by one of the International schools in Lusaka. 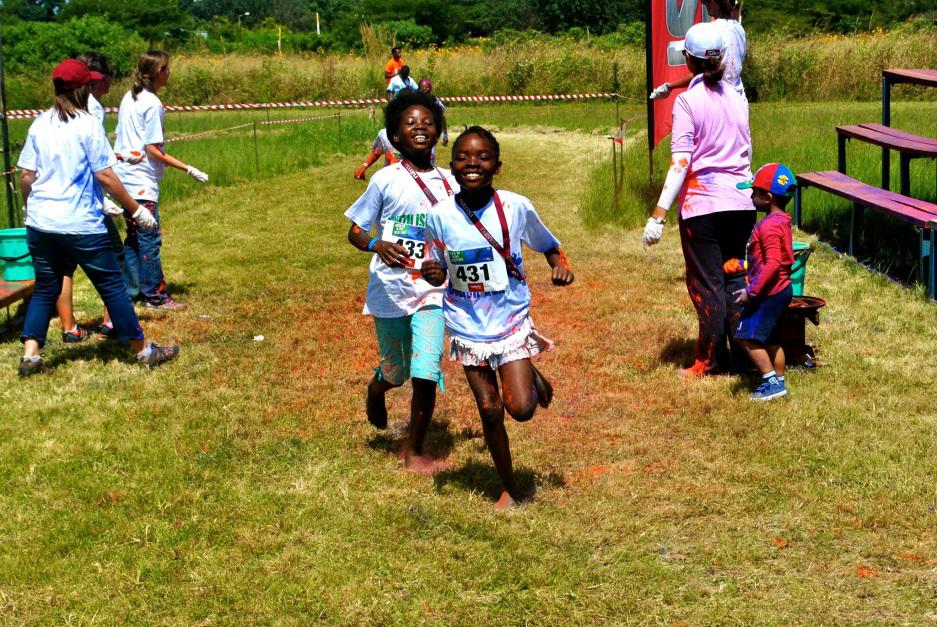 30 of them competed in a 3 hour relay race.  There were five or six kids in a team, and the team ran for the three hours, one person at a time, and tagging the next person in.  It was SUCH fun.  All the kids were amazing – so keen, listening to all the rules so they were sure what they were doing, and running like the wind.  I think the youngest running was probably 7 or 8, right up to 18.  The 5 teams we had all did amazingly, and one of them even won the trophy!  We had a picnic lunch there and stayed for the presenting of the prizes, with an enormous cheer when one of our teams won!   It really was a fun day.’