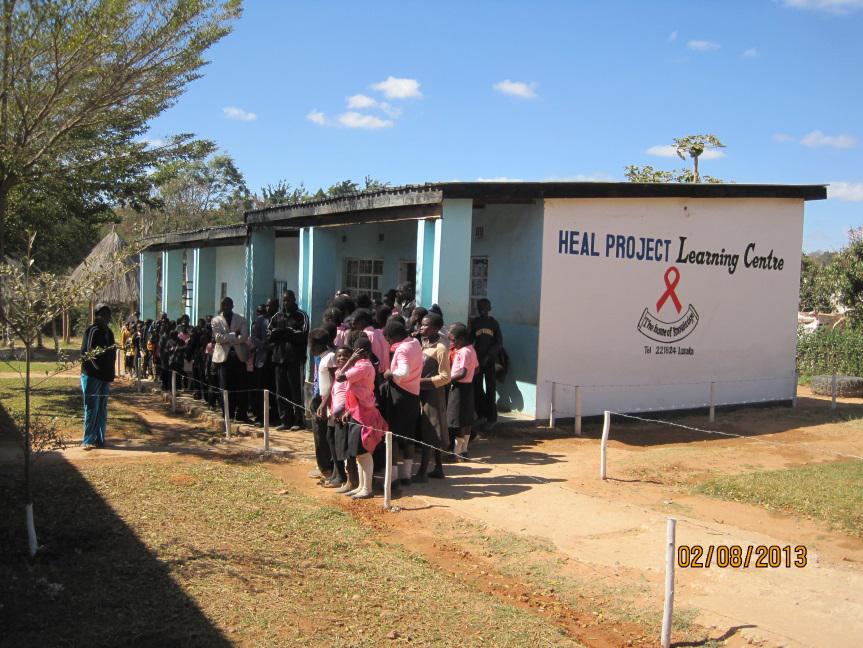 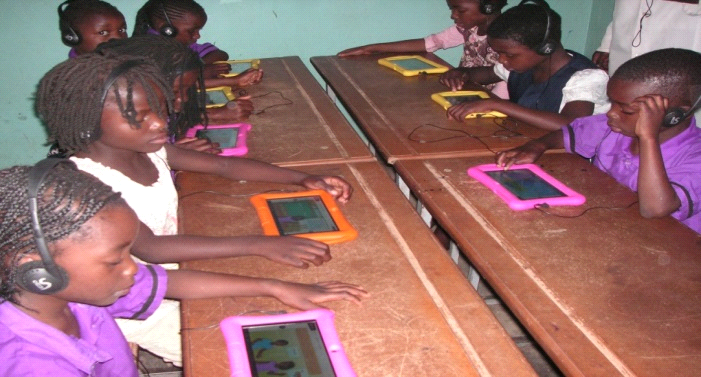 school at the end of October and found the classrooms busy with pupils studying using the new Zedupads computer tablets which have been programmed with thousands of lessons covering all subjects in all 7 grades of the school curriculum.

All lessons are spoken as well as written. The teachers said the children had quickly learned how to power up and use the tablets and were finding the varied content far more interesting than previous use of books. The school is classed as an Open Community School funded by charitable institutions such as the Heal Project, which is different from Government schools. No funding is available from the government, but it is inspected by government inspectors. It is unusual for schools like the Heal Project to have such up-to-date equipment, so the suppliers are giving follow-ups of the equipment and are using the school for promotion purposes of their product.

We called in to the sewing room where we found a group finishing off an order for 40 tunics in Zambian colours ready for the 50th Anniversary of Zambia’s independence celebrations. 25 women have sewing lessons 4 days a week and are making dresses and shirts which they are able to sell in the markets. 20 girls ages ranging from 15 – 18, also have dressmaking lessons. All enjoy the sessions and benefit from the tuition given. Jeannie said that the women were very proud of their achievements because most of them had never received any formal education. 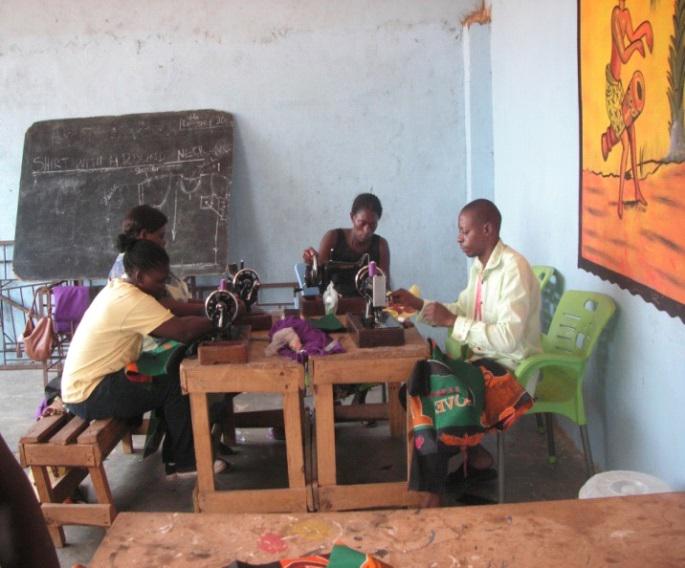 The woodworking group were busy making small stools with carved elephant heads. Suggested by the tourist board these are proving popular and are comparatively easy to make with the hand carpentry tools we have supplied. They are not painted, but polished showing the different woods from which they are made. They had just sold 25 of them and were busy making more. 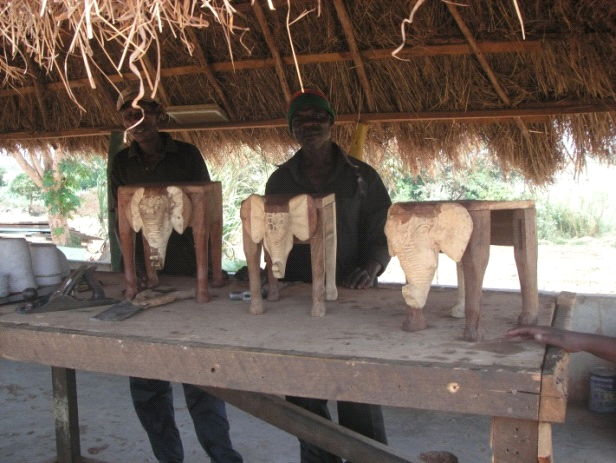 The Ministry of Health visited and asked whether the school would allow them a room for a District Nurse to give measles and polio vaccinations for the under- fives, and general care and advice on hygiene, etc. , so a room is being adapted for this purpose. The nearest medical clinic is some distance away and this will be of great benefit to the local community. Two teachers had undertaken a First Aid Course, and the school was given a large First Aid box.

We visited Jeannie’s home where she cares for 30+ children. There is a large play area and the older boys have made some life sized African animals which are most attractive. The large garden is in full production with lots of vegetables being grown for the home and school, and also for sale in the local area. There is ample room for outdoor games, football being the most popular. 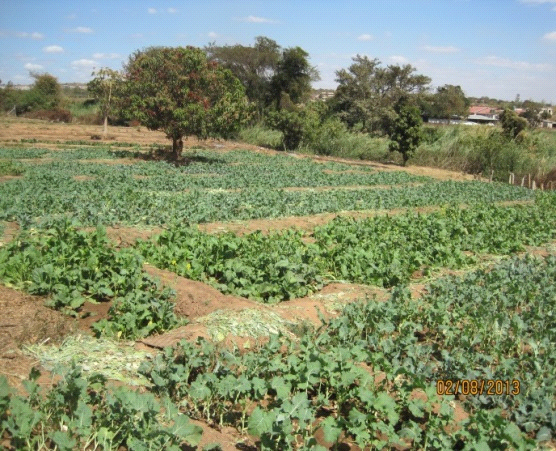 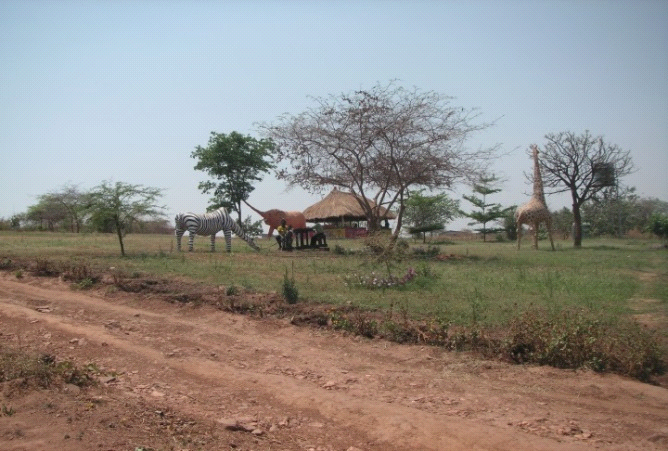 In July Jeannie and her son ChuChu attended the World Aids Conference in Melbourne, Australia. They had been awarded a scholarship which meant all their travelling costs were paid and they were given accommodation in Melbourne University. They had a stand at the Conference where they were able to display and sell items made by the Project – patchwork bags, cards, artwork, wooden animals, papier-mache bowls, etc. At the end of the five days of the Conference they had sold all their goods and, together with some donations, they were able to return with 1,200 Australian dollars which they have now invested in 1,000 chickens, in four stages of growth, for meat sales to local people. All the chickens looked healthy and were well cared for!

We enjoyed our visit to the Project and were encouraged by all the work we saw. Now that the school has electricity on site it is essential to fit an electric motor to the hand water pump, and the government School Inspector thought the long drop toilets at present in use were not really suitable for 300 children, so plans are being drawn up for a toilet block with hand wash basins etc. to be built. This is estimated to cost approximately £5,000.

We would like to thank all those who support the Project. We are currently sending £2,500 per month to cover the cost of the teachers, food, and other essential supplies for the school and Jeannie’s house. All donations are most gratefully received, and you can find details on how to do this on the Donate link in the top menu.